Cotoneaster Horizontalis (Rockspray cotoneaster)
Cotoneaster horizontalis is a species of flowering plant in the genus Cotoneaster of the family Rosaceae, native to western China. It is a short shrub with a spreading habit, growing to 1 metre (3 ft 3 in) tall by 1.5 metres (4 ft 11 in) wide. It is cultivated for its flat, symmetrical sprays of glossy green, deciduous leaves and masses of bright red berries (pomes) in autumn, persisting into winter. The flowers appear in summer, and can range from pink to white. It is commonly grown in parks and gardens in temperate regions as hedging or groundcover.
C. horizontalis has naturalised in parts of the United Kingdom, and may be becoming invasive.
This plant has gained the Royal Horticultural Society’s Award of Garden Merit.
Culture
Best grown in moist, loamy, well-drained soils in full sun to part shade. Good drainage is important. This is a tough and adaptable plant that can withstand considerable poor soils. Established plants tolerate drought. Container-grown plants may be spaced 4-5’ apart for mass plantings. Easiest propagation is by stem cuttings. If correctly sited, plants may require little pruning. Plants dislike hot summer conditions and often struggle south of USDA Zone 7.
Noteworthy Characteristics
Rockspray cotoneaster is a coarse, dense, slow-growing, semi-prostrate shrub that grows to 2-3’ tall and spreads over time to 6-8’ wide on stiff, flattened, horizontal branching that features branchlets arranged in fishbone patterns. Branching becomes somewhat tiered over time. Plants are deciduous in the northern parts of their growing range, but semi-evergreen in the far southern locations. Round to elliptic, glossy dark green leaves (to 1/2” long) are attractive throughout the growing season. Leaves on deciduous plants turn reddish-purple in fall. Five-petaled, tiny pink flowers appear singly or in pairs in late spring. Bees are attracted to the flowers. Flowers are followed by bright scarlet fruits (1/4” wide) that mature in late summer to fall.
Problems
No serious insect or disease problems. Susceptible to fireblight, leaf spots, canker, cotoneaster webworm and lacebug. Mites may appear, particularly in hot and dry conditions. Dense foliage can present maintenance problems because of the difficulty of cleaning dead leaves and trash from the interior of a planting.
Garden Uses
Rockspray cotoneaster is a valuable landscape plant that offers good foliage, flowers and fruit. Mass as a woody ground cover for sunny areas in the landscape including banks and slopes where it can also provide some erosion control. Sprawl over rocks in rock gardens or along stone walls. Can be espaliered. 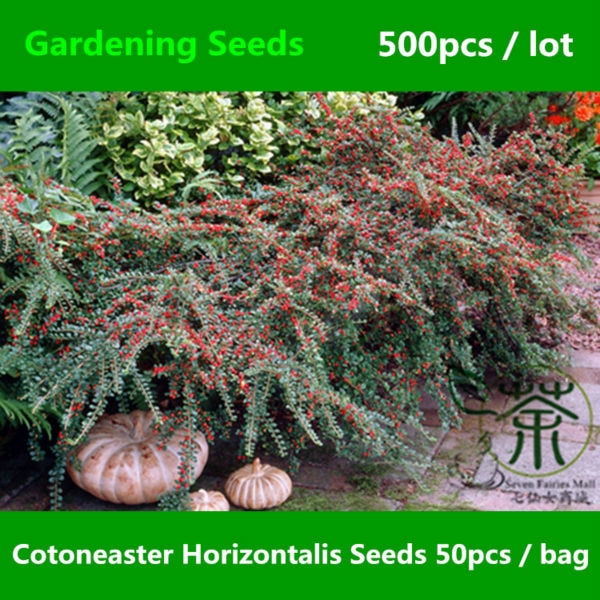 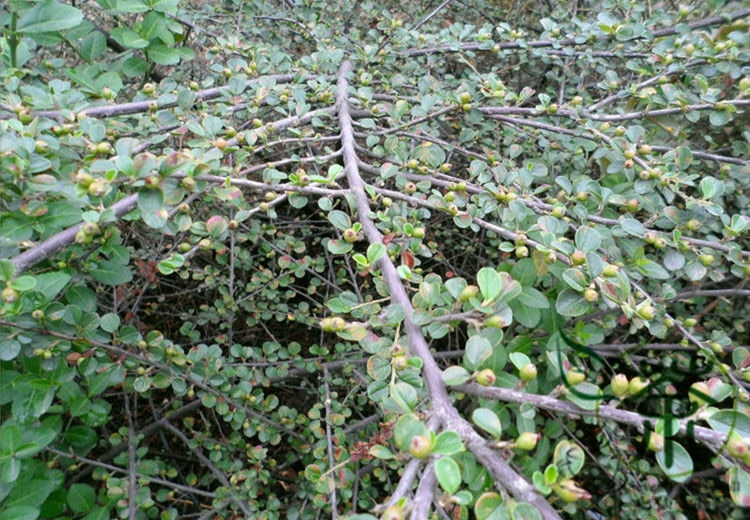 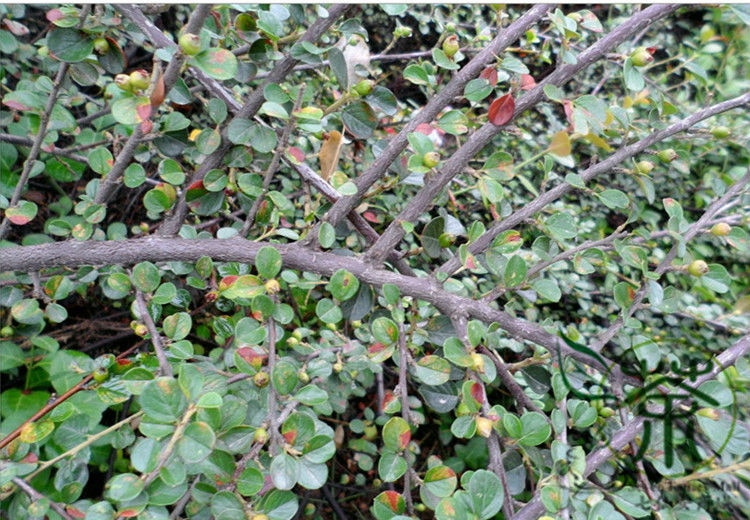 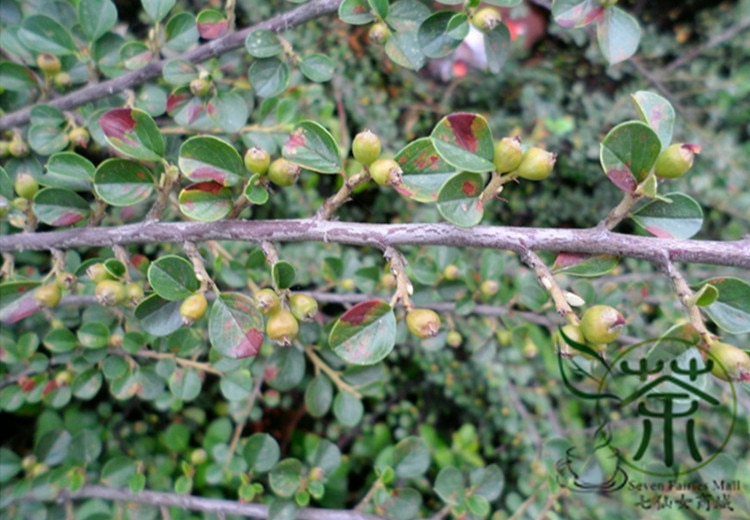 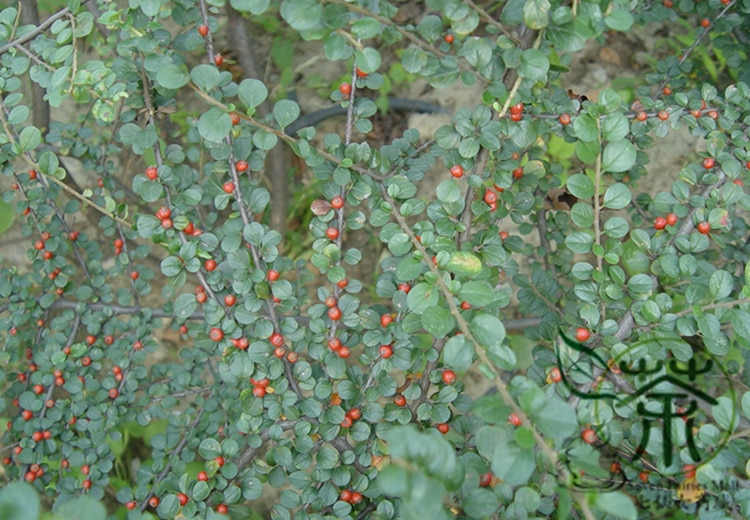 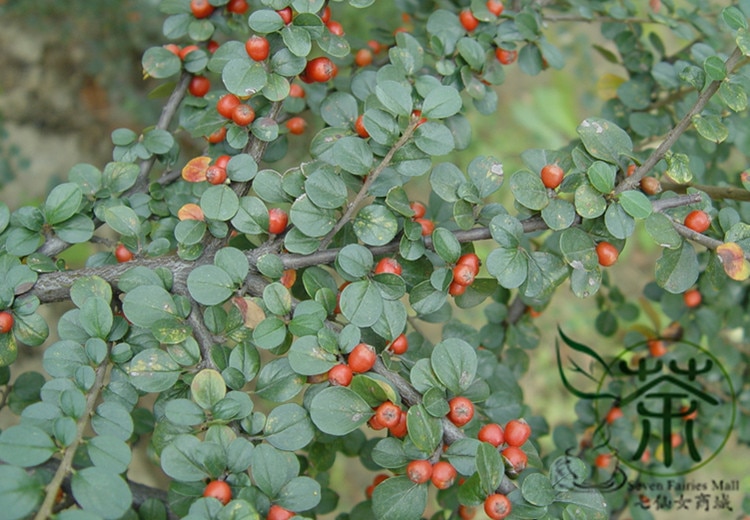 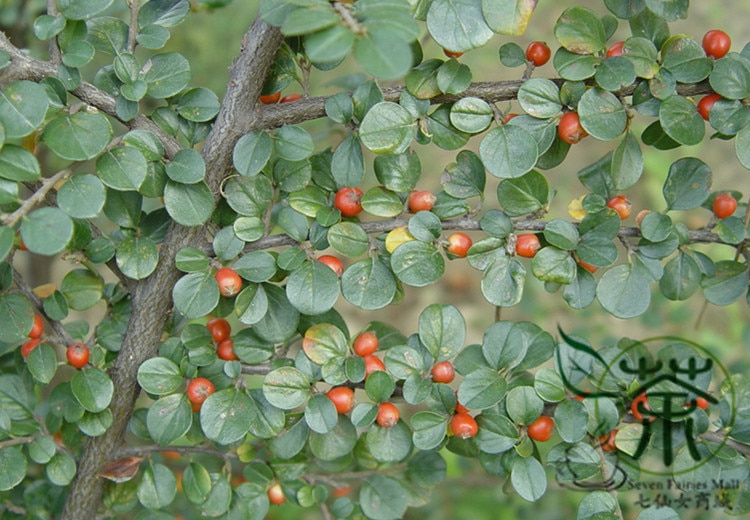 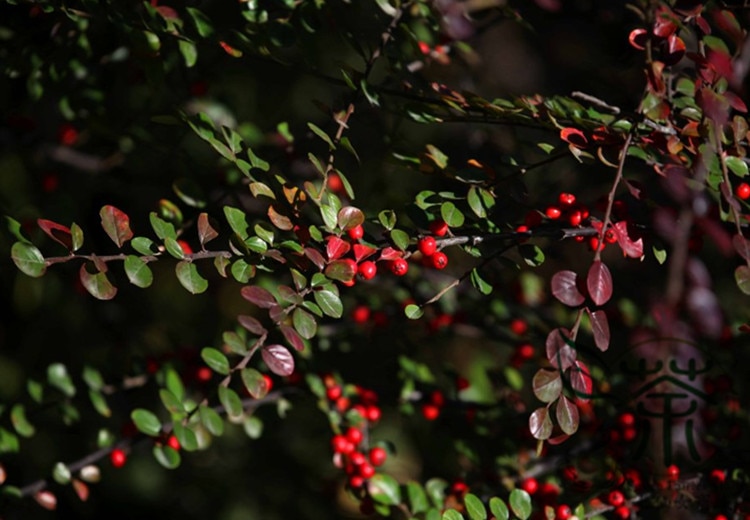 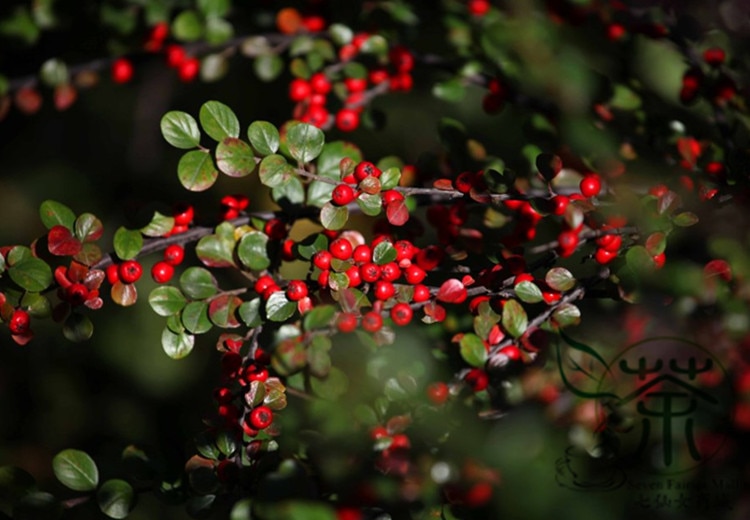 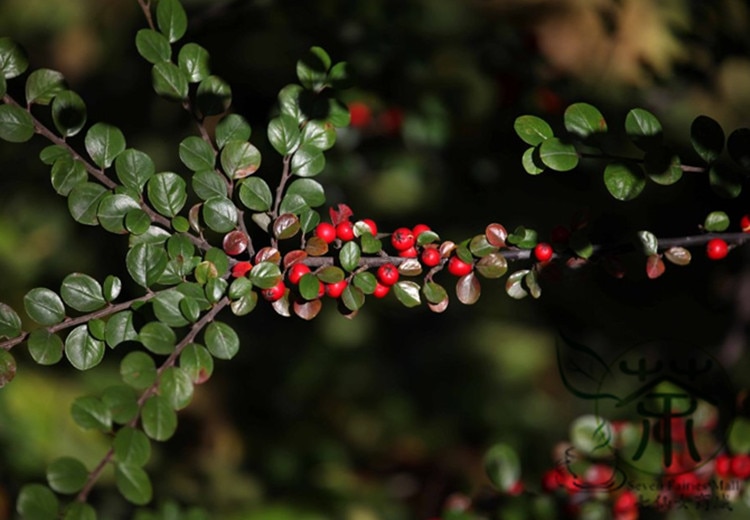 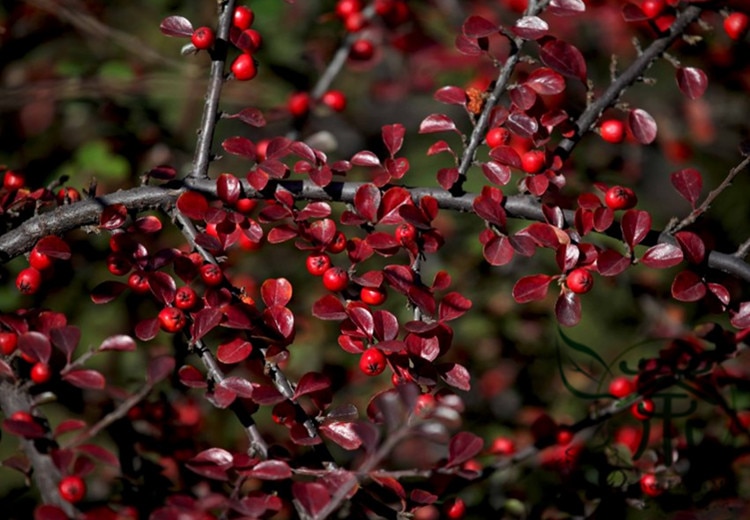 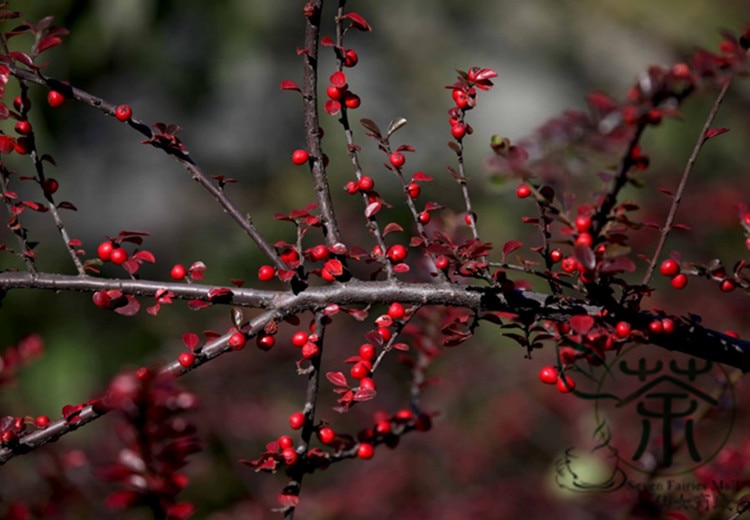 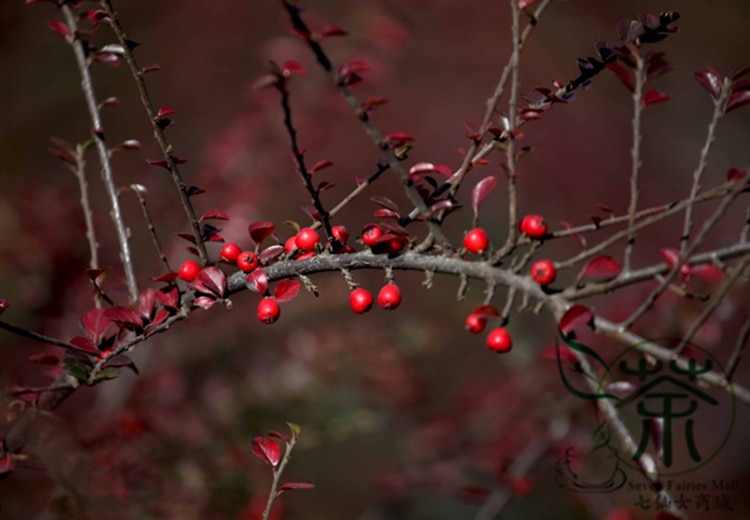 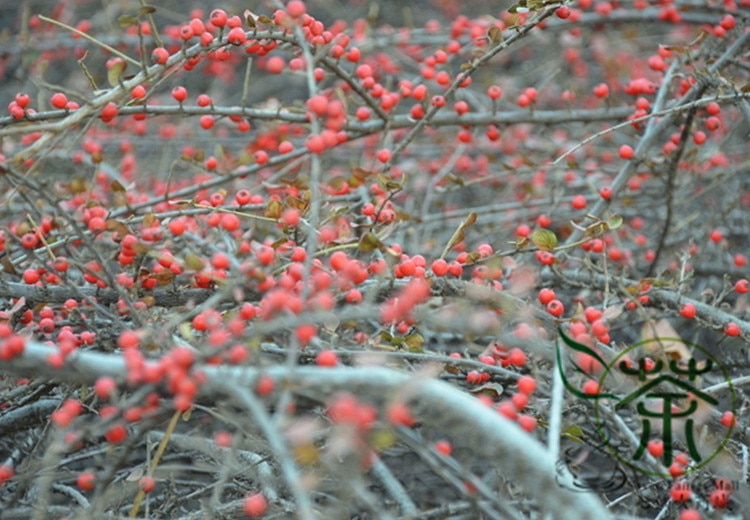 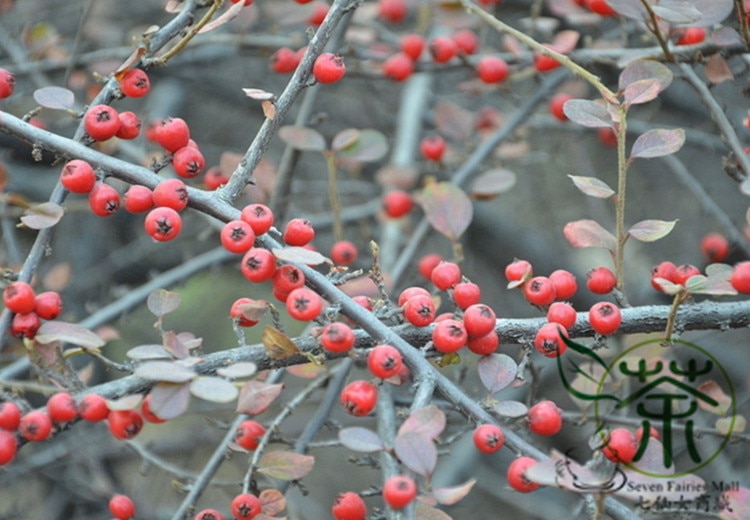 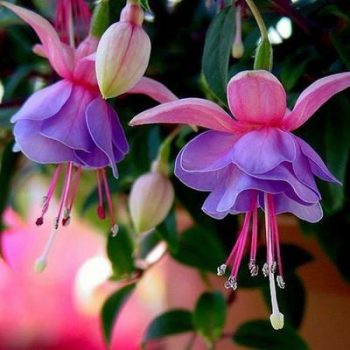 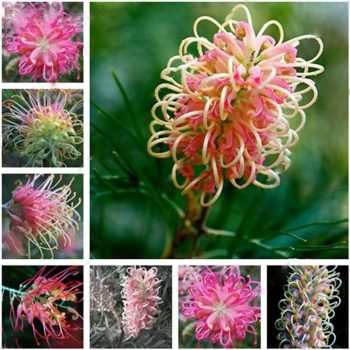 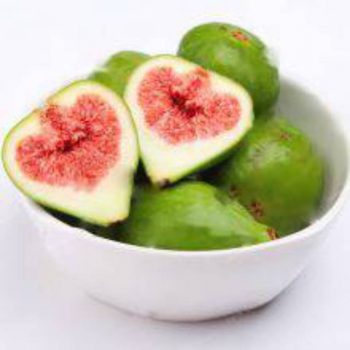 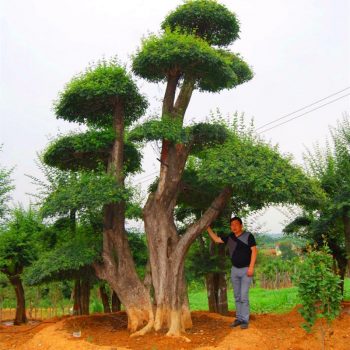